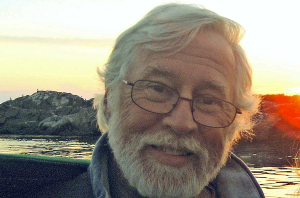 The English Enlightenment philosopher John Locke (1623-1704) is sometimes called the father of liberty.  His thinking about freedom and liberty, along with that of Rousseau, influenced America’s founders and the authors of its seminal documents like the Declaration of Independence, the Federalist Papers and the Constitution. In the course of our modern debates about the role of government in society, Locke is alternately portrayed as championing both the conservative and liberal side of the debate.  Liberty and human freedom itself are important to all sides of the debate and it is not surprising to see both sides return to the roots of the Western notion of liberty to bolster their opposing views. 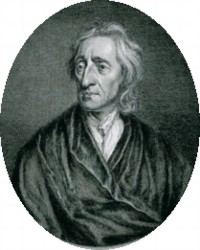 One of the reasons that Locke is useful to both sides of this debate is that he, like many other Enlightenment philosophers, seemed to see human beings as existing in two states: the pure natural state and as members of a society.  In the Second Treatise on Government Locke distinguished “the natural liberty of man” from “the liberty of man in society.” (Chapter 4,Sec. 22)

He argued that “the natural liberty of man is to be free from any superior power on earth, and not to be under the will or legislative authority of man, but to have only the law of nature for his rule.” Since human beings, as Locke well knew, do not live singly in nature but rather are always members of a more or less developed society, his observation is a theoretical one which helps him to establish the importance of liberty as an inherent quality of human beings and therefore in need of preservation in the actual societal situations in which human beings live. He is arguing against those who characterized human beings as being naturally part of divinely created social hierarchy in which liberty was not distributed equally–the sort of argument that would be made by divine right monarchists and princes of the Church.  In this way, he is firmly linking liberty with equality.  This key philosophical insight is echoed later in 1776 by Thomas Jefferson: “We hold these truths to be self-evident that all men are created equal and endowed by their creator with certain inalienable rights and that among this are the rights to life, liberty and the pursuit of happiness.” (U.S. Declaration of Independence)  What was a real “sea change” in thought in the writing of Locke took less that a century to become “self-evident.”

Locke thought that human society should only have constraints on liberty that allowed all members of society to exercise their liberty in a manner that allowed all other members of society to exercise their liberty and pursue their ends.  For him liberty in society did not permit “… every one to do what he lists, to live as he pleases, and not to be tied by any laws… .” (Second Treatise on Government, Chapter 4, Sec. 22)

Locke further argued that the “freedom of men under government is, to have a standing rule to live by, common to every one of that society, and made by the legislative power erected in it; a liberty to follow my own will in all things, where the rule prescribes not; and not to be subject to the inconstant, uncertain, unknown, arbitrary will of another man… .” (Second Treatise on Government, Chapter 4, Sec 22) The power to make social regulations was  vested in a legislature whose powers arose from the governed and did not descend from a monarch or even God. The power to legislate and regulate arose “by consent, in the commonwealth.”  (Second Treatise on Government, Chapter 4, Sec. 22)

Locke saw the legislative rule of law as the means of establishing what we might call “liberty in practice.”  The commonwealth was to govern itself and to enact those laws necessary for the actual exercise of liberty.  Following Locke, government should only legislate those things the commonwealth feels are necessary to ensure the exercise of liberty.  This idea is central to any notion of “liberalism” no matter where one stands on the political spectrum–on the conservation or the liberal, on the right or on the left. (Note “liberalism” is not synonymous with being a liberal in the modern political sense.)

The political rub comes when we try to answer at least these two questions:

Does government have a role in ensuring that people have decent nutrition, are not dying of disease, going bankrupt paying for the necessities of life,or held prisoners in the own neighborhoods by crime and overwhelming poverty. What role, if any, should government have in ensuring that children learn to read and that their are viable pathways for social advancement?  What role should government have in improving public health, public education and public safety.  Certainly, the answer to these questions is not no role.

Another key insight of Locke’s may help us to arbitrate some of these questions.  For Locke human beings were essentially social.  Yes, they were individuals with individual hopes and dreams but the individual did not exist outside of the context of society and a multiple series of relationships with others upon whom humans depend and who depend onthem.  Life is therefore lived in society in which we are all responsible to and for one another.  That for Locke was the natural state of affairs. The words of one of the greatest of the metaphysical poets, John Donne, were, no doubt, well know to him.

No man is an island,
Entire of itself.
Each is a piece of the continent,
A part of the main.
If a clod be washed away by the sea,
Europe is the less.
As well as if a promontory were.
As well as if a manor of thine own
Or of thine friend’s were.
Each man’s death diminishes me,
For I am involved in mankind.
Therefore, send not to know
For whom the bell tolls,
It tolls for thee.

Put another and less poetic way:  you are you and I am me but we are all inescapably and quite naturally in this life together.